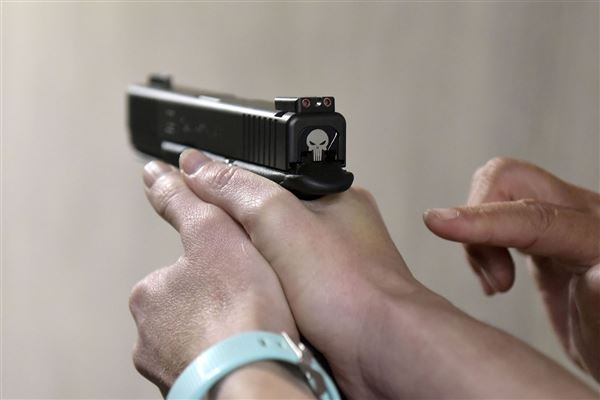 Gun control is crucial in SA

Recently, a police officer shot dead his partner, a nursing assistant, at Tembisa Hospital and then shot himself.

In January, the Gauteng department of education confirmed a general assistant was shot dead at Kwa-Phalo Primary School in Meadowlands. In the same month, two Grade 10 pupils from Lesiba Secondary School in Daveyton died when one pupil who was showing off his grandfather’s gun accidentally shot dead the other and then shot and killed himself.

There are many more people shot and killed daily in SA. In fact, two presentations in 2020 by the SA Police Service to the portfolio committee of police show that an average of 23 people are murdered with guns daily in SA.

In response to the gun violence epidemic, in May last year, the Civilian Secretariat for Police Service published the draft Firearms Control Amendment Bill for public comment.

The police minister reiterated that the purpose of the Bill is to strengthen the Firearms Control Act and that the proposed amendments aim to respond to a rapid increase of gun ownership and to strengthen the processes for gun and ammunition ownership and licensing. By the time the comment period closed, over 118 000 people and organisations (including Gun Free South Africa and the Centre for Applied Legal Studies) had submitted comments on the Bill.

One of the significant amendments proposes that members of the public no longer be able to obtain a gun licence for self-defence.

In the context where violent crime is rife; where police officers are often the perpetrators; where the police service is under-resourced and understaffed; where many of us live in fear; and where we either know someone who has been a victim or have been a victim ourselves – it’s no wonder some people and groups are not in support of the draft Bill.

However, the public’s response and the Civilian Secretariat for Police Service engagement with the submissions made, should be informed by research. While it’s important to consider our own (often tragic) personal experiences and the crime rate in SA, it’s even more crucial to consider research.

Statistics pertaining to population level data show that guns are the leading cause of murder in SA. When developing policy, it’s important to determine the benefits that accrue to the entire population – even when there is opposition.

The evidence is clear: restricting access to guns benefits most people as it will reduce gun deaths overall. As reported by the Central Firearms Registry in 2014, the majority of legally owned guns are kept for self-defence.

This means, if the Bill is passed, the number of legal gun owners will drastically drop. This should be the desired outcome, because when access to guns is reduced, gun-related violence is also reduced. This was proven to be the case when the Firearms Control Act was initially passed.

In 1998, firearm-related deaths peaked at 34 deaths a day and 10 years later in 2009, gun deaths almost halved to 18 deaths a day. If the Bill is passed and it is more difficult to obtain a gun, there will be fewer guns available to be stolen and, therefore fewer guns in the illegal market. The estimated number of legal and illegal guns in SA is 5.4 million.

What about people who obtain guns for the sole purpose of protecting themselves from possible violent criminals? Research investigating the link between gun possession and gun assault, published in the American Journal of Public Health, shows that people are four to five times more likely to be shot if they themselves possess a gun when they are attacked.

The proposed amendments to strengthen the Act should be welcomed. The Bill is a strong intervention to reduce gun violence in SA.

Hopefully the engagements on the draft Firearms Control Amendment Bill and the process will be finalised sooner rather than later, so there can be fewer people losing their lives to gun violence in our hospitals, in our homes and in our schools.

Read more on these topics