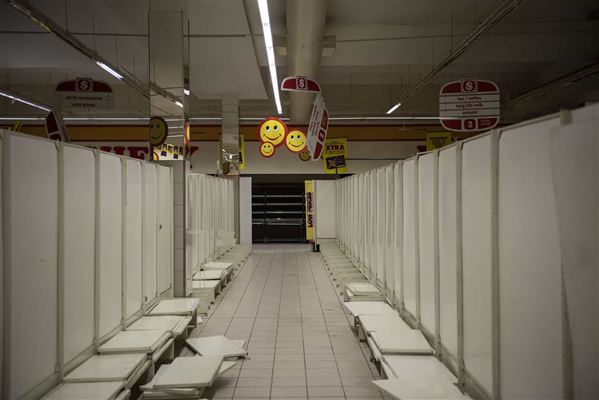 Anything positive will do at this point, except a positive Covid test

If we want a break, could we burn our old ways of thinking, rebuild our vision and endure each other as we adapt to the current situation and keep looking forward?

Could we just have a break?

The Covid pandemic over the past year and a half has been like something out of a horror movie on repeat. Except in this horror story, a different monster keeps jumping out from under the bed with a new scare for the already traumatised nation.

Whoever or whatever is unpacking Pandora’s box for South Africa should be stopped immediately.

We all know what happened when Pandora’s curiosity led her to open a container left in the care of her husband – and it released various physical and emotional curses upon mankind.

Sound familiar? From seemingly endless waves of Covid infections to high-profile corruption cases ongoing for days and months and the recent unrest in KwaZulu-Natal and Gauteng following the arrest of a certain former president.

No wonder every second person you know was suddenly feeling down in the dumps and experiencing emotional breakdowns right, left and centre.

With the already constrained capacity to deal with all the gloom, plus an increase in the rate of unemployment, it’s the perfect recipe to break the proverbial camel’s back.

Suddenly, there were increases in prices of food, fuel and electricity which had families breaking into their piggy banks to try and keep up, while leaving other families in make or break situations which will last for years to come. We are destroying our country with the unrest, looting, crime and fake news, lest we forget about the Tembisa 10.

Smart people predict the economy should start recovering by 2023.

I don’t know much about cars or the economy but one thing I learned from my ex-husband, when he was underneath a car bonnet, was fiddle, fiddle, f***ed. And likewise in our current situation. Instead of fixing it, we are beginning to fiddle with it.

I propose we break up with negative news and toxic topics.

To break the habit of being a negative nation will take a lot more than a simple tax break or grant, which would probably end up going missing in no time if left in the wrong hands for enough time.

The country has been at emotional, financial and political breaking point, and we need more than a tea break from all the drama.

Reality check: we can’t even take a break away from our promised land due to travel restrictions. Up until recently, even a city break was prohibited.

Just give us a break or a breakthrough? Anything positive will do at this stage except a positive Covid test or more cold weather, for that matter.

According to Abbreviations.com, BREAK stands for “burn, rebuild, endure, adapt and keep”.

If we want a break, could we burn our old ways of thinking, rebuild our vision and endure each other while we adapt to the current situation and keep looking forward?