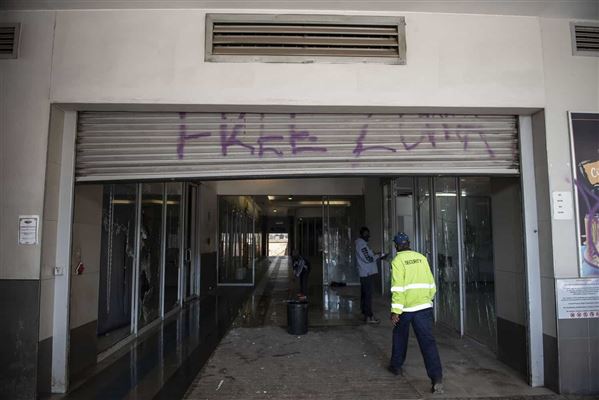 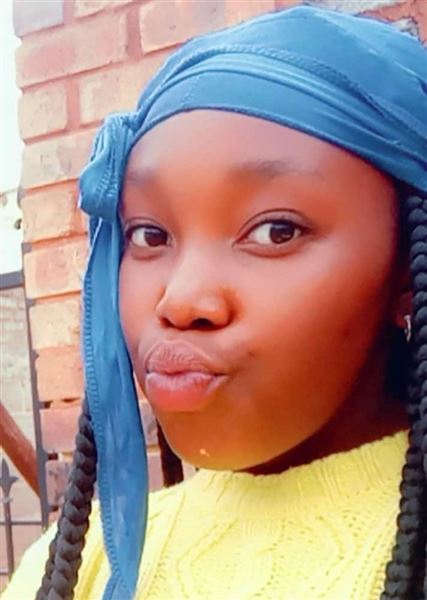 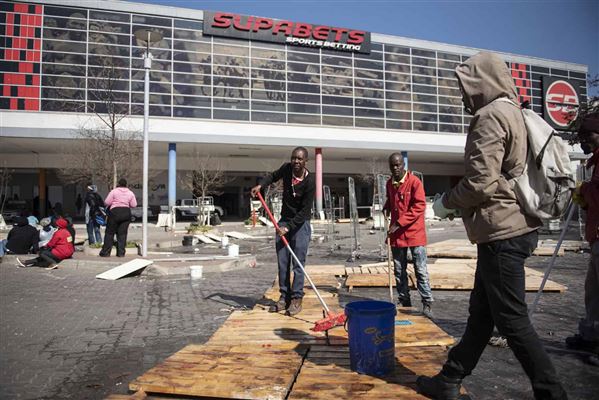 Picking up the pieces: Hundreds killed in unrest probably won’t be the last (Part 1)

It’s been nearly three weeks since the start of the deadly violence which erupted across parts of Gauteng and KwaZulu-Natal, and in typical South African fashion, the country has simply started picking up the pieces and gone back to what passes for normal in this part of the world.

Clean-up operations are in full swing, and we’ve started making the calculations of how much the violence has cost us in monetary terms (minus the inevitable kickbacks and other taxes, of course).

What can’t be calculated is the amount of trauma suffered by those who lost family members during the violence. By last week the total number of deaths had reached nearly 340, 79 of these being from Gauteng, and 258 in KZN.

While the country cleans up, the family of Tinyiko Ndlovu (14) and hundreds of others who lost their lives during the recent unrest in South Africa, have to say goodbye.
For the majority of South Africans the dead are just nameless numbers, but to Noluthando Piliso one of those numbers was a child she had raised as her own since 2009.

“She was my baby,” Piliso said while speaking to The Citizen at her home in Meadowlands, Soweto. “She was my last baby.”

14-year-old Tinyiko Ndlovu’s was one of 11 people crushed in a stampede during the recent violent protests and looting.

Piliso’s baby was her niece, 14-year-old Tinyiko Ndlovu, one of 11 people who died in a stampede during looting at the nearby Ndofaya Mall.

Ndlovu’s family still have no idea why her “bubbly child” she was at the mall in the first place, or why she had become caught up in the looting.

“Actually I don’t know what happened,” Piliso said. “According to me, she was supposed to be in the house, not going outside. But you can’t prevent anything like that, because she was a child and she had to go outside and play with other children.”

The family found out that she was among those trampled at the mall, when a friend called Tinyiko’s older sister Ntokozo, and informed her that one of the bodies lying outside the centre resembles the 14 year-old.

Ntokozo says she couldn’t understand what drove her sister to join the looting either, nor why the unrest happened in the first place.

The protests broke out following the imprisonment of former president Jacob Zuma on contempt charges, following his refusal to abide by a Constitutional Court order to appear before the Zondo Commission.

“I feel angry, because my little sister passed away in the process. I didn’t even know she was there…

Zuma’s supporters may have been the ones who lit the fuse, but analysts and scholars have posited a myriad of reasons for why the powder keg was primed for such a spectacular explosion in the first place.

The violence, described as the worst unrest since the advent of democracy, has once again shone a glaring spotlight on the country’s inequality problem.

Nearly half the country’s workforce (42.3%) is unemployedis unemployed, with the youth unemployment numbers looking even worse.

The country’s Gini coefficient is a massive 63.0, placing it right at the bottom of the pile of the world’s most unequal countries . This means that more than 70% of the wealth is concentrated in the hands of the top 10%, while the bottom 60% can hardly scrape together more than 5% thereof.

Additionally, more than half the country’s population live in abject poverty, earning less than R1200 per month.

This poverty was artfully weaponised by those behind the supposed insurrection.

Aside from reminding us of the extreme poverty, the protests also emphasised the complete ineptitude of the country’s security cluster.

Despite warnings from within the Zuma camp days before his arrest and the blatant instigation by his children on Twitter, crime intelligence and State Security seemed to be caught napping.

State Security Minister Ayanda Dlodlo’s report warning of the coming unrest apparently got lost in the mail, on its way to police minister Bheki Cele, leaving police flatfooted in the face of the violence.

This has led to calls for the sacking of both ministers, and highlighted just how incapable of leadership our supposed leaders actually are.  Cont 2/ . . .