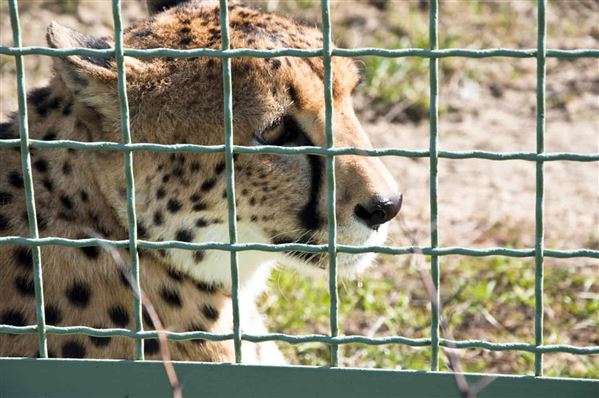 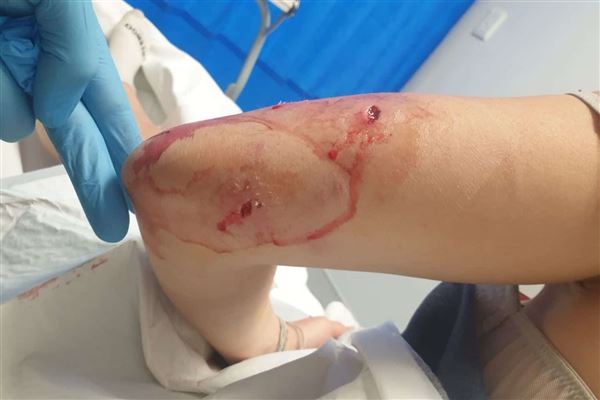 The victim from Belgium was encouraged by the facility to keep quiet about the incident.

A recent incident at a captive wildlife facility in South Africa has once again thrown the questionable industry into the spotlight.

A young woman volunteer from Belgium was left traumatised after she was attacked by a captive cheetah at the facility last month, Blood Lions said in a statement on Wednesday.

The victim, Amandine Lequime, was said to have been filming the outside of the cheetah’s enclosure while her colleague was on feeding duty.

As soon as the enclosure gate was opened, a cheetah jumped on Lequime’s back, aiming for her throat.

Recalling the incident, she said when she fell to the ground, the cheetah “continued to bite and claw my arms and legs until the facility manager succeeded in getting the cheetah away from me”.

Lequime ended up in hospital and received treatment and stitches for several deep bite marks and cuts. She now has muscle damage.

After the incident, Lequime found out the same cheetah had attacked the captive wildlife facility’s manager two years before, which caused neck and leg injuries.

She was also encouraged by the facility to keep quiet about the incident. However, she has broken her silence after refusing to let other volunteers go through “similar fighting experiences”.

“People need to understand that to be close to wild animals is appealing, but not safe,” she said.

Not a unique story

Blood Lions campaign manager Dr Louise de Waal expressed the organisation’s concern that their calls about the dangers of captive facilities housing wild animals had not been heeded.

She said many paying volunteers and tourists had been attacked by captive big cats in the country in the past 10 years, but that Blood Lions “can only hope that Amandine will be one of the last victims”.

There are at least 60 facilities that offer volunteer opportunities with big cats and carnivores, an industry known as “voluntourism”.

Unsuspecting visitors, often from other countries, are offered hands-on opportunities to interact with the animals, feeding them and rearing the young.

De Waal sought to remind the country that this comes with “huge health and safety risks”.

She said a third of victims involved in incidents such as with Lequime lose their lives during attacks. Many attacks also go unreported.

Blood Lions criticised the facility itself, saying the big cat enclosures, known as “sanctuaries”, are designed incorrectly and lack management enclosures that separate predators from people (or prey).

The poor layout results in volunteers and staff putting themselves at immense risk just by feeding the animals or cleaning the enclosures.

One of the many reasons for aggressive attacks such as this are due to the high stress levels animals that are meant to be in the wild experience in such unnatural facilities, Blood Lions said.

“This latest incidents highlights the importance of the high-level panel’s recommendations for ‘an immediate halt to tourist attractions with captive lions, including so-called voluntourism, cub petting, etc’.”