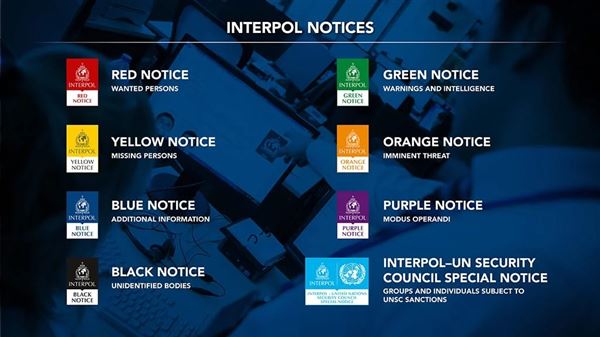 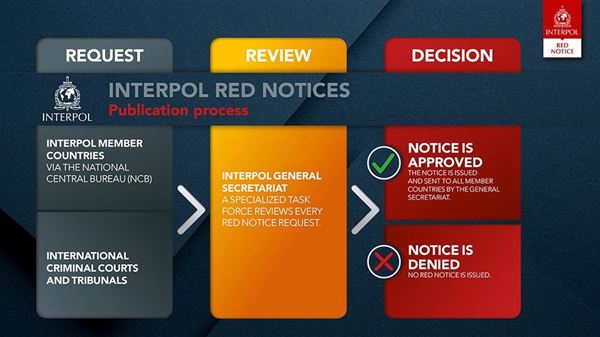 Gupta net closing: What is an Interpol Red Notice?

The Interpol Red Notice issued for the Guptas and their accomplices is not an arrest warrant, but can make hiding a little harder.

They can keep running, but hiding will become much harder now for the Gupta family, since the issuance of a Red Notice by the International Criminal Police Organisation (Interpol).

The National Prosecuting Authority’s Investigative Directorate (ID) on Monday morning confirmed that Interpol has issued Red Notices for the infamous Gupta brothers, their spouses, and four others.

In a statement, ID head advocate Hermione Cronje said efforts to bring the Guptas back to answer for their alleged crimes in South Africa have intensified.

What is an Interpol Notice?

According to Interpol, Red Notices are international requests for cooperation or alerts for member countries to share critical crime-related information.

“Red Notices are published by the general secretariat at the request of a National Central Bureau and are made available to all our member countries.”

There are a variety of notices, each serving a different purpose. The Interpol website lists the following:

What does the Red Notice for the Guptas mean?

The issuing of the Red Notice for the fugitive brothers and their accomplices means that police worldwide are now on the lookout for them.

According to Interpol, the notice contains information which will help member countries’ police to identify the fugitives, such as “such as their name, date of birth, nationality, hair and eye colour, photographs and fingerprints if available”.

It also contains information regarding the crimes they are wanted for.

Though not an international arrest warrant, it does serve as a notice of the person being wanted.  Interpol explains that: “Red Notices are issued for fugitives wanted either for prosecution or to serve a sentence. This follows judicial proceedings in the country issuing the request…

“When a person is sought for prosecution, they have not been convicted and should be considered innocent until proven guilty. A person sought to serve a sentence means they have been found guilty by a court in the issuing country.”

This means that though Interpol can’t compel any country’s authorities to arrest the Guptas, the Red Notice can serve to alert other countries of their alleged crimes and they can use the Red Notice to support extradition proceedings, should they choose to arrest the fugitives.