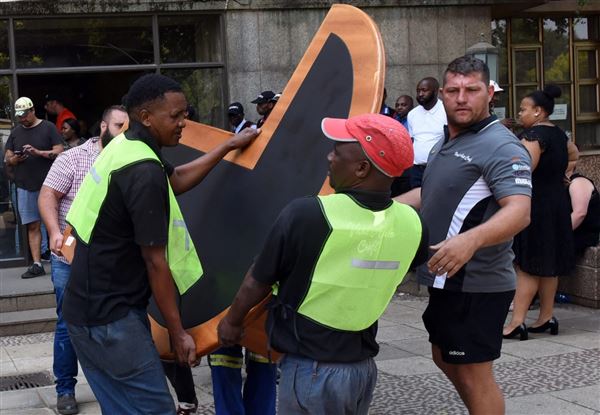 A sum of 41 vehicles are being held hostage by a service provider after they were serviced but not paid for in the last two years.

Woes in the Emfuleni Local Municipality are continuing to deepen.

It has emerged that the municipality is running short of service vehicles, with 41 service vehicles being held hostage by a repair service provider due to payment failures for the past two years.

This was revealed in a written response by the Gauteng MEC for Cooperative Governance and Traditional Affairs (Cogta), Lebogang Maile, to the Democratic Alliance (DA).

“Only 129 out of 522 vehicles are roadworthy and operational in Emfuleni Local Municipality, which impacts negatively on service delivery in terms of officials attending to service delivery complaints such as power outages, water leakages, and sewer blockages,” said the DA’s Kingsol Chabalala

Maile said that about 302 vehicles are still waiting to be sent for repairs, and 91 vehicles are being repaired, which takes the number of non-operating vehicles to a staggering 393.

The DA said this was a clear indication that the municipality was experiencing a serious long-term cash flow crisis which has resulted in failing to pay service providers for services rendered.

“Emfuleni residents have suffered enough of a lack of service delivery under the current administration.

“It has now become a norm for this municipality not to pay service providers on time such as Telkom, resulting in telecommunication lines being suspended, where residents could not communicate service delivery issues directly to the Municipality,” said Chabalala.

“It is unacceptable for service providers not to be paid on time for services rendered which results in service delivery being interrupted and harms the sustainability of small businesses.”

Chabalala has since challenged the municipality to prioritise paying service providers within a 30-day payment period, and ensure that no services to residents are interrupted.