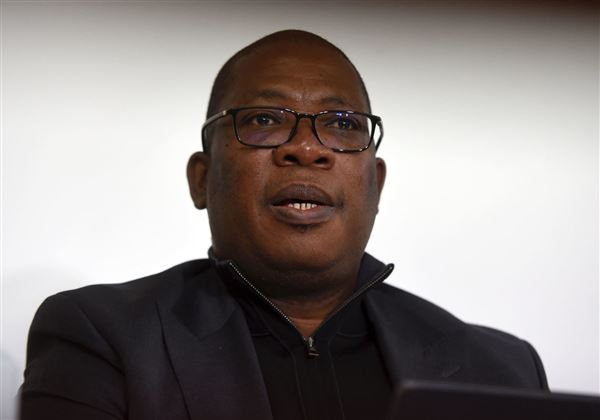 Lesufi was accused by Anton Alberts of the Freedom Front Plus of influencing the awarding of a tender to IN2IT Technologies.

Gauteng education MEC Panyaza Lesufi’s name has been cleared in the controversial R30 million tender he was believed to have influenced in back in 2020.

This was revealed by the Deputy Public Protector Kholeka Gcaleka on Wednesday during the release of 16 investigative reports.

The complaint was laid back in 2020, when the Gauteng finance and e-government department irregularly awarded a contract to IN2IT Technologies.

Lesufi was accused by Anton Alberts of the Freedom Front Plus of influencing the awarding of the tender.

Gcaleka said that there was nothing unbecoming about Lesufi in the awarding of the tender.

Regarding Mr Lesufi, the allegations that he unduly influenced the award the R30 million tender to IN2IT was found to be unsubstantiated.

“There is no evidence indicating that Lesufi was involved in any procurement process of the SOC [Security Operations Centre] tender or that he disregarded the provisions of the code of conduct for members of the provincial executive council.”

However, she said the contract was irregularly awarded.

“The investigation revealed that e-Gov advertised and awarded the SOC tender to IN2IT without following proper procurement processes and this constituted improper conduct and maladministration.”

Gcaleka said those responsible for awarding the tender should be subjected to disciplinary action.

“The provincial MEC of finance and e-government must ensure that Cyril Baloyi, the departmental head, conducts training in respect of all the executive officials of e-gov and officials involved in supply chain processes. This must happen within 30 working days of the report.

“Baloyi must also institute disciplinary steps against Mr Muthivhi for advising IN2IT of the tender award before a letter of appointment was issued and the contract signed by e-gov and IT2IT and against Ms Koyana for failing to follow supply chain processes in that she evaluated only two request for quotations on her own, outside the prescribed supply-chain management policy,” said Gcaleka.