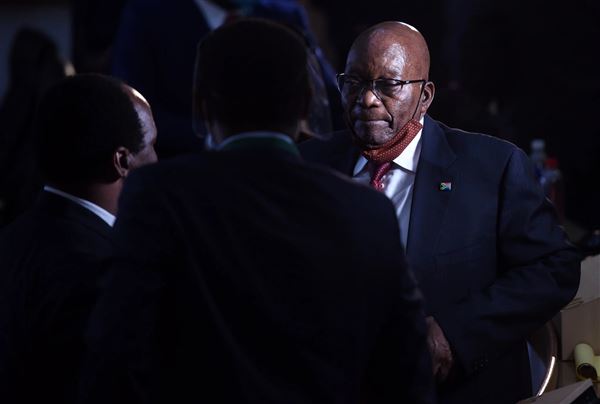 Contempt of court proceedings were heard unopposed after former president made no submissions.

It’s D-Day for Jacob Zuma as the Constitutional Court (ConCourt) is to hand down its ruling on Tuesday on whether the former president is guilty of contempt of court.

Proceedings are expected to start at 10am.

ALSO READ: Will Jacob Zuma ‘become a prisoner of the Constitutional Court’?

In March, the Constitutional Court heard an application from the Commission of Inquiry into Allegations of State Capture to have Zuma held in contempt for his refusal to take the stand, despite there being ordered to do so.

The contempt of court proceedings were heard unopposed after Zuma made no submissions to the court in response.

At the time, judgment was reserved and South Africans have since been waiting with bated breath to hear whether the ConCourt will impose the two-year jail term the commission has asked for.

Tuesday’s ruling also comes after the Pretoria high court on Monday ruled in favour of the Zondo Commission’s application to extend its proceedings until 30 September.

This has given rise to speculation that the court might impose a suspended sentence on Zuma and order him to appear before the commission.

But it remains to be seen whether the apex court will assert our country’s constitutional principle that we are all equal before the law and send a clear message that nobody is above the law.