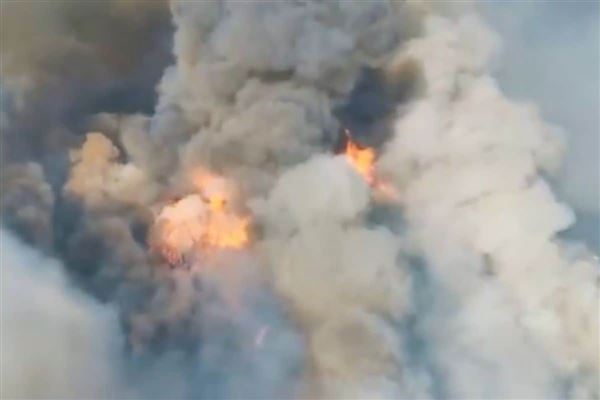 Working on Fire Eastern Cape said two fires, one in the Coldstream area and the other in Witelsbos, melded into one, and that it is still being brought under control.

More than 100 firefighters from the Eastern and Southern Cape have banded together to quell a fire that started in the Tsitsikamma area on Monday morning.

According to Working on Fire (WoF) Eastern Cape general manager Phumza Dyantyi, two fires, one in the Coldstream area and the other in Witelsbos, melded into one.

Dyantyi said there were eight WoF teams assisting SANParks and the Eastern Cape Umbrella Fire Protection Association to quell the blaze, which has so far forced the N2 highway to close.

Air support was also due to be deployed.

Plett Beach Watch said on Monday morning the Tsitsikamma tollgate was closed, but was due to reopen one lane, for commuters to use the R102 towards Coldstream.

WoF urged community members, motorists and landowners to remain vigilant at all times, and to report any flare-ups.

According to the South African Weather Service, the Garden Route district reported a particularly intense fire danger index last week, which was predicted to last from Saturday to Tuesday.

In nearby central Karoo, the fire danger index is expected to decrease in intensity by Tuesday, but flare up slightly again on Thursday.

In June 2017, nearby Knysna and Plettenberg Bay was ravaged by devastating fires that were started by humans.

Updates to follow as more information is made available.