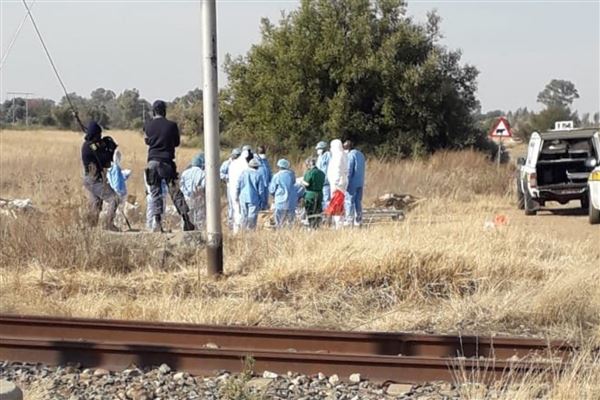 18 of 20 bodies found in Orkney yet to be identified

Six were found outside an abandoned goldmine shaft and the rest were discovered near the railway tracks.

Nearly a week after a gruesome discovery of 20 bodies of suspected illegal miners wrapped in white bags, only two bodies have since been positively identified, the North West police said.

The 18 bodies found in Orkney are yet to be identified.

The bodies were found in two different areas a few kilometres from each other last week Tuesday and Wednesday.

Six were found outside an abandoned goldmine shaft and the rest were discovered near the railway tracks in Orkney.

A South African African Police Service officer in charge of the case, Colonel Matshabe Gaanakgomo told The Citizen on Monday that only two people have since been positively identified with at least one of them believed to be a Lesotho national.

“We are today waiting at least for four more people to be identified today,” said Gaanakgomo.

It is alleged that the bodies were brought from underground by other illegal miners commonly known as Zama Zamas.

They were allegedly operating in an abandoned gold shaft when they suffered severe body burns during an alleged gas explosion.
Police spokesperson Brigadier Sabata Mokgwabone last week said that post-mortems would be conducted to determine a cause of death for the men.

“Investigation into the matter continues and it includes the possibility of linking the incident with the video that was circulated on social media platforms wherein a man calling himself ‘Mafifi’ was seen pleading for assistance following an apparent smoke inhalation occurrence at shaft number six,” said Mokgwabone.

Gaanakgomo said that investigations into the matter continue.