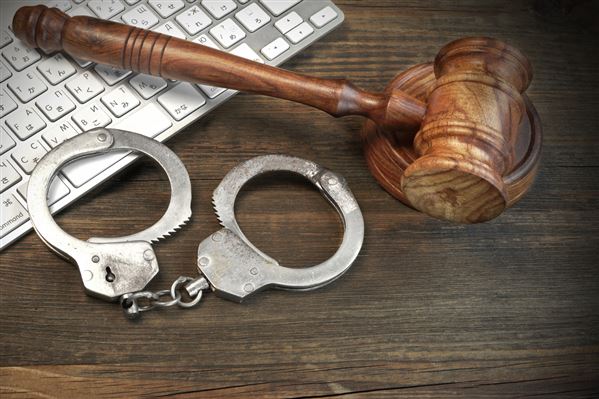 An offender, if convicted, could be liable to pay a fine or face imprisonment ranging from five to 10 years, or up to 15 years for aggravated offences, depending on the terms of the offense.

Preeta Bhagattjee and Aphindile Govuza from Cliffe Dekker Hofmeyr explain: “In the case of the offences of cyber fraud, cyber forgery and uttering, the act provides for broad penalties that could be imposed for anyone found guilty of any of these cybercrimes where a court will have the discretion to impose a penalty that it deems appropriate under section 276 of the Criminal Procedure Act 51 of 1977.”

The new Cyber Crimes Act will also change the way we interact with data and electronic devices, especially during a time when working from home has become the new norm.

For example, if an employee commits a cybercrime, businesses will be required to cooperate with authorities in terms of complying with search warrants and other directions issued by a court of law.

According to media law expert Richard Chemaly, the Cyber Crimes Act is a missed opportunity. He says it was rushed without giving full consideration to practical implications.

Chemaly says it’s clear the act aims to address serious issues faced in today’s cyberspace. However, the language used is broad and sometimes vague. This will lead to a significant amount of interpretation.

Ironically, the act takes existing criminal laws and applies them to cyberspace to avoid vagueness.

“For example, if interpreted directly, there can be no threats of violence. So, kids playing certain video games may have issues. I do love one thing, though, and that is the clarification that incorporeal property is classified as property for the common law crime of theft.”

Chemaly says this relates to the stealing of another person’s copyright or trademark, which is is also a criminal offence and classified as such. However, that may prove to be a difficulty for karaoke bars, cover bands and even producers who use samples.

“The act further empowers experts to assist the police with data management and gathering and prohibits service providers from hiding any knowledge of a crime, which, again interpreted strictly could mean anything from using a VPN to get a cracked version of Windows.”

He says at the end of the day, the act “seems to have good intentions but dangerously far-reaching powers”.

“We may have to wait for the Minister of Justice to release regulations before we know how the state intends to wield those powers.”