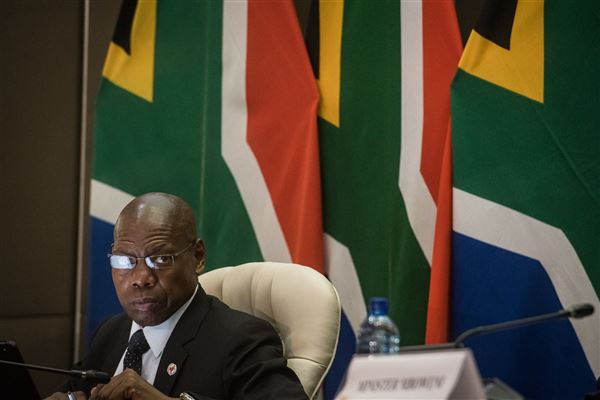 The DA is also calling for President Cyril Ramaphosa to break his silence on the matter and take action against Mkhize.

The DA says it will lay criminal charges against Health Minister Zweli Mkhize over what it alleges to be an irregular contract awarded to Digital Vibes.

Digital Vibes is the subject of an investigation by the Special Investigating Unit (SIU) after Mkhize said the health department’s investigation found the tender bidding process followed was in contravention of the Public Finance Management Act.

It is alleged Digital Vibes is controlled by Mkhize’s former aide, Tahera Mather, and his former personal assistant, Naadhira Mitha, although the two are not listed as directors.

Mkhize has, however, denied benefiting from the contract or that Mather and Mitha were his friends.

“Considering the clear violation of the law, the DA will be laying criminal charges against Minister Mkhize and Health director-general Dr Sandile Buthelezi with the South African Police Service (Saps),” the DA said in a statement on Wednesday.

“Over and above the SIU probe, a criminal investigation needs to ensue.”

The DA is also calling for President Cyril Ramaphosa to break his silence on the matter and take action against Mkhize.

“He cannot be entrusted with leading the national response to Covid-19 while there are damning allegations levelled against him. The president needs to instruct the minister to step down pending the full investigation by the SIU. The minister cannot continue being both the player and referee in an investigation that he is the centre of,” the DA said.

Ramaphosa said he was waiting for the SIU’s report before making any pronouncements, while ANC national chairperson Gwede Mantashe called for the SIU to finish its investigation before any action was taken.