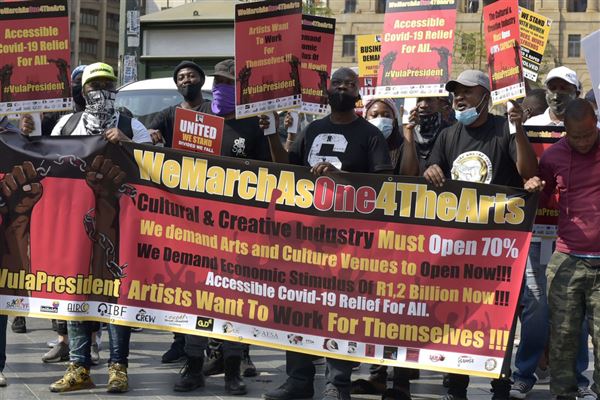 The department has since clapped back at claims by the DA that its spent recklessly a sum of R16.5 million on two service providers to administer R13 million relief funds to struggling artists and athletes.

The Department of Arts and Culture in Gauteng has clapped back at claims by the Democratic Alliance (DA) that it spent “recklessly” R16.5 million on two service providers to administer R13 million relief funds to struggling artists and athletes.

This after the DA on Tuesday reported that it was concerned that two service providers were paid such a “ridiculous amount of money, which is higher than the amount individually paid out to artists and athletes.”

“There are still many artists and athletes in the province who are struggling to make ends meet and the utter lack of forward thinking by this department when it came to the distribution of the Covid-19 relief grant is unacceptable.”

In response, the department labelled the allegations as “lies, intentionally crafted void of the truth.”

“This is despite the Department submitting responses to him (Chabalala) in detail for purposes of assisting him with simple mathematical calculations, the amounts are broken down and simplified for easier comprehension,” said department’s spokesperson Nomazwe Ntlokwana.

Ntlokwana said that a total amount of R16, 546 200 00 was paid to the Business Arts South Africa (BASA) and the Gauteng Sports Confederation (GSC).

She said that due to appeals by artists and athletes, and them submitting outstanding documentation as required by GAS, an additional 799 beneficiaries were further added.

“Resulting in the Department increasing the funds to BASA by R805 800.00 and to GSC to R646 000.00 to accommodate the additional beneficiaries.”

“This therefore means a total amount of R17, 998,800.00 has been paid by the Department to 3000 beneficiaries (artists and athletes combined)”

The two entities in question have been paid R1, 799 880.00 in line with the Service Level Agreement the Department has with them, to receive 10% of the total amount for administrative and disbursement purposes.

The department said it would be illogical to pay R16,5 million to two entities as a management fee for them to disperse R13,2 million.

It said that it would be reporting Chabalala to the Ethics Committee of the Legislature for his “continuous gross misconduct”.