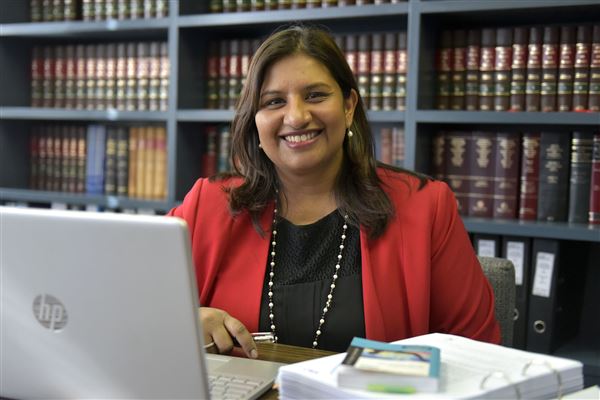 Zooming in on paperless court cases

Rajab-Budlender said this makes it possible for anyone involved in that case – including the judge – to have access to all documents.

Against a background of a fast-spreading Covid-19 pandemic, long queues in courts and piles of papers stacked in boxes, the South African justice system is going through a digital revolution – hearing some cases virtually.

While it may take years to achieve a paperless order, Gauteng courts have embraced modernisation – conducting cases live via a Zoom video link-up, with judges, litigants and lawyers simultaneously connected from different locations.

However, criminal trials would still be heard in person by courts, due to exhibits being required in
support of evidence, according to top Joburg lawyers.

“It is a revolution because it challenges everything that we have thought about on how courts must operate,” she said.

“In Gauteng, the virtual platforms have been successful. Before Covid-19, our judge president here in Gauteng, Justice Dunstan Mlambo, had already started introducing the system of CaseLines, which is about putting together all the documents relevant to the case on a shared online platform.”

Rajab-Budlender said this makes it possible for anyone involved in that case – including the judge – to have access to all documents.

“You can click on that case and have all the papers there. That in itself is revolutionary and incredible. If you are a sitting judge, it becomes incredible that you have everything sent to you electronically. If you are able to embrace the technology, it is very empowering – same for counsel.”

Rajab-Budlender said Mlambo was the first to take a decision to put us all online and start virtual
courts during the lockdown.

“We have done trials and applications online, with very few things happening in person during lockdown. I have not been in a courtroom in a year,” she said.

However, going digital has not been without challenges.

“In going digital we found very quickly that juniors were battling because in order to make virtual
court work, you need access to a laptop and data. Normally, juniors would have put on their robes
and run to court with a file.

“But all our juniors have had access to Wi-Fi and computers here at our chambers and in the Pius
Langa School of Advocacy [PLSA]. Litigants themselves don’t have access to all the technology and
are precluded from participating online – seeing justice meted out.”

“It is a huge departure from the principle of open hearings, because the general public is now excluded.

“The whole philosophy behind justice is that it must not only be done, but it must also be seen to be done.

“This means that the public must also have access to courts and able to follow the case.”