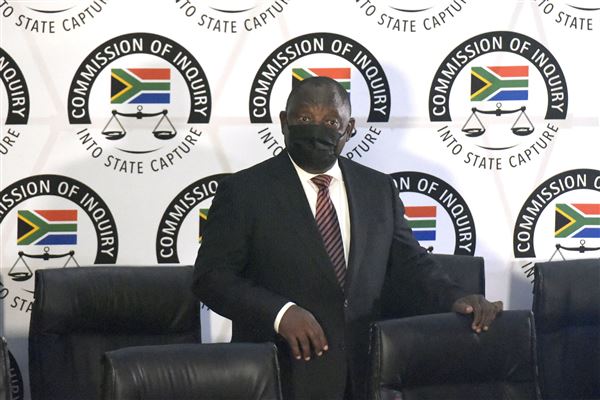 Ramaphosa won’t be testifying at Zondo commission next week

The commission said 'further information will be communicated in due course'.

President Cyril Ramaphosa will no longer be testifying at the Commission of Inquiry into Allegations of State Capture on Monday.

On Tuesday, the commission said Ramaphosa would testify in his capacity as the President and former deputy president of the country for two days on 31 May and 1 June 2021.

In a short statement on Thursday afternoon, the commission did not give reasons why Ramaphosa would no longer be appearing as scheduled.

The statement said “further information will be communicated in due course”, without giving new dates for the president’s next appearance.

A statement issued by the Presidency said Ramphosa had agreed to the commission’s request for a postponement.

“The president’s office is in communication with the commission to secure suitable alternative dates for his appearance,” said acting Presidency spokesperson Tyrone Seale.

Zondo also said there were outstanding issues the president needed to address in connection with his previous appearance last month.

In April, Ramaphosa appeared at the commission to give evidence in his capacity as the president of the ANC.

Zondo said this week the commission would seek another extension in order to complete its work.

“But on the whole, the commission wishes to wrap up oral evidence because by the end of his [Ramaphosa’s] evidence it would’ve covered all the evidence relating to the matters that were included in the public protector’s report that gave rise to this commission,” he said.

In February, the Pretoria high court granted the inquiry a final three-month extension until the end of June 2021 to conclude its work.