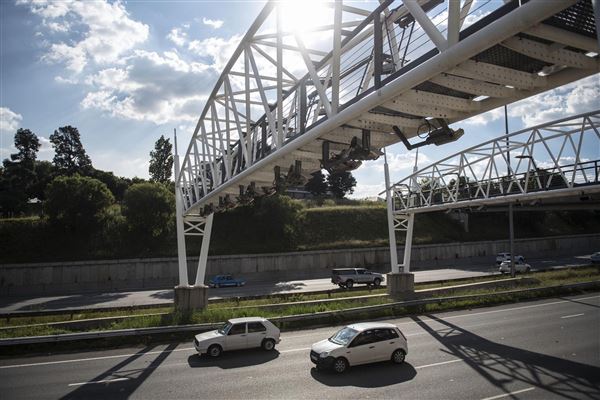 No decision at Cabinet level on scrapping Gauteng e-tolls – Ntshavheni

Acting Minister in the Presidency Khumbudzo Ntshavheni says the Cabinet has not taken a decision on the scrapping of e-tolls in Gauteng province.

This is after SAFM reported on Thursday morning Gauteng transport MEC Jacob Mamabolo said a final decision had been taken to get rid of the controversial e-tolls.

But the MEC later told The Citizen this was not true, saying instead a decision on the future of e-tolls was “imminent”.

Speaking at a post-Cabinet briefing in Pretoria, Ntshavheni said Transport Minister Fikile Mbalula was continuing to update the Cabinet about how to deal with the e-tolls.

“The minister of transport continues to table various reports around e-tolls and we continuing to engage on what are the possibilities on e-tolls. What I can assure South Africans is the Cabinet is considering the possibilities of what should happen, whether e-tolls should be scrapped or should they be maintained,” she said.

There is no decision at Cabinet as we speak today around the scrapping of e-tolls.

The minister said Mamabolo was reiterating the Gauteng provincial government’s position on e-tolls.

The provincial government wants the system to be scrapped entirely because the majority of motorists have boycotted paying for e-tolls.

“What the MEC of transport in Gauteng was communicating, I think it was the position of the province, which is not new.

“Gauteng has always lobbied for the scrapping of e-tolls and they have lobbied the national government for that and we continue to say what are the permutations that will enable that should that happen given the financial commitments made with the Gauteng Freeway Improvement Project.”

In 2019, President Cyril Ramaphosa instructed Mbalula, Finance Minister Tito Mboweni and Gauteng Premier David Makhura to come up with a solution to the e-tolls matter.

The back and forth between the Treasury and transport department has seen the government miss its own deadline on the announcement of the future of the system.

‘I didn’t say the e-tolls have been scrapped’

“I didn’t say the e-tolls have been scrapped. I said we have been told the announcement is imminent, this has been said many times and then that announcement can be made,” he said.

“Stephen distorted my conversation with him to say the announcement has been made, but I never said that.”

The Organisation Undoing Tax Abuse (Outa), which has led the fight against e-tolls since 2013, said a mere announcement that e-tolls have been scrapped, would not cut it.

“Outa and motorists need to know the government will be reversing the law that declared the Gauteng freeway network as tolled roads.

“There are many other decisions that will need to be taken and executed, such as the cancellation of contracts with ETC (Electronic Toll Collection) which collects e-tolls from motorists and amendments to the Sanral Act.

“Unpaid e-toll debt will also have to be written off without further threats to prosecute non-payers,” said Outa CEO Wayne Duvenage.

The organisation said the South African National Roads Agency (Sanral) would also have to withdraw all legal cases on e-tolls.

“At this stage, we have more questions than answers on this morning’s announcement, but we are treating this breaking news as being early signs of an imminent announcement on the future of an irrational scheme that was forced onto Gauteng motorists.

“If true, civil society has a lot to celebrate, but we need to also unpack the meaning and gravitas of this win for the people against an irrational decision taken by the government more than a decade ago.”