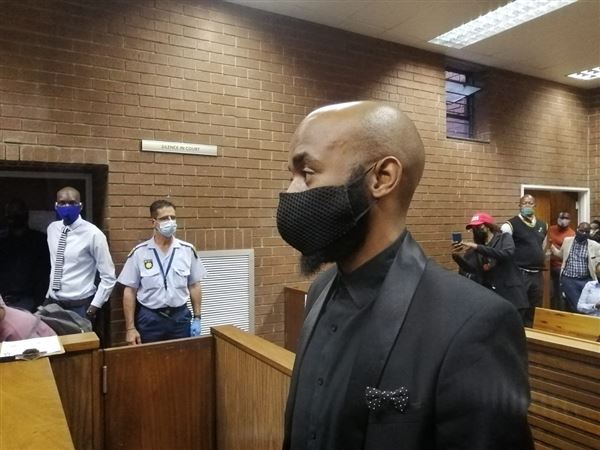 Pule murder accused to be transferred to Johannesburg Prison

Ntuthuko Shoba claimed he had been made aware of death threats on his life from the man he allegedly hired to kill Pule.

The Roodepoort Magistrate’s Court on Tuesday ruled that the alleged mastermind behind the killing of Tshegofatso Pule will be transferred to Johannesburg Prison.

This was after Ntuthuko Shoba, 32, lodged an application to be kept in custody at the Krugersdorp correctional facility due to safety concerns.

He told the court last week he had been made aware of death threats on his life from the man he allegedly hired to kill Pule, Muzikayise Malephane.

Malephane is serving 20 years in jail at the prison after he pleaded guilty to murder in February and turned state witness.

Shoba will now be transferred to Johannesburg Prison ahead of the start of his trial in the Johannesburg high court on Friday.

The state opposed his application and brought in an official from Johannesburg Prison who testified that awaiting trial prisoners and convicted felons were kept in different sections of the facility.

In June last year, the community of Durban Deep in Roodepoort was shocked at the discovery of Pule’s body, who had been stabbed and left hanging from a tree.

She was eight months pregnant at the time allegedly with Shoba’s baby.

Shoba faces charges of murder, conspiracy to commit murder and defeating the ends of justice for his alleged involvement in the murder of 28-year-old Pule.