WATCH: Youngsters drink and taunt Bheki Cele. Then they get arrested Two videos show an apparent trend of people swearing at the police minister while stating their disregard for Covid-19 restrictions. It has not ended well for some of them.

After videos surfaced of a rebellious, drinking group of youngsters showing their disregard for the anti Covid-19 state of disaster, and challenging and insulting Police Minister Bheki Cele, some of them have been arrested and detained.

One report has suggested that Cele himself might pay them a visit, though that was probably said in jest.

Videos circulating show perpetrators swearing at the police minister for government-imposed restrictions intended to slow the spread of Covid-19.

One video, which was shared by EFF leader Julius Malema, shows a man speaking isiZulu, declaring his intent to disregard the national lockdown order to stay at home.The man states that he will not adhere to the rules imposed by the police or government and that he was out after 12am in the morning with no one to stop him.

Malema urged supporters to help track down the rebellious man, who he referred to as a criminal. 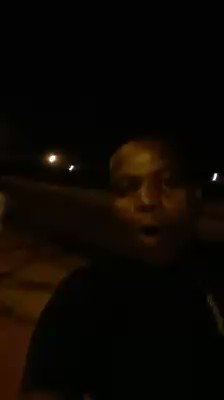 The second bit of footage shows a group of four people, three females and one male allegedly from Hammanskraal. They have now been detained for the video they shared, in which they were also swearing at the police minister.

In their video, the group state that they refuse to stay at home. The video may have been filmed before the full lockdown was declared. However, they would still have been in contravention of the then already existing state of disaster laws in place prohibiting drinking after 6pm in public.

The group shared insults directed at Cele. A series of photos of the lot then surfaced showing them in custody.

Police Brigadier Vishnu Naidoo confirmed the arrest of the group to The Citizen. Naidoo said the four were arrested and charged for alleged transgressions of Section 11(5)(c) of the Disaster Management Act of 57 of 2020 and crimen injuria.

“On Monday the members of the Tshwane North and Temba police conducted an intelligence-led operation at Eersterust and Temba policing areas where four suspects were arrested and detained.

“Investigations revealed that the video was shot on 2020-03-22 at about 22:00 in the area of Stinkwater. The cellular phone that was allegedly used to either capture and/or distribute the incriminating video clip, belonging to one of the suspects … has been seized by police