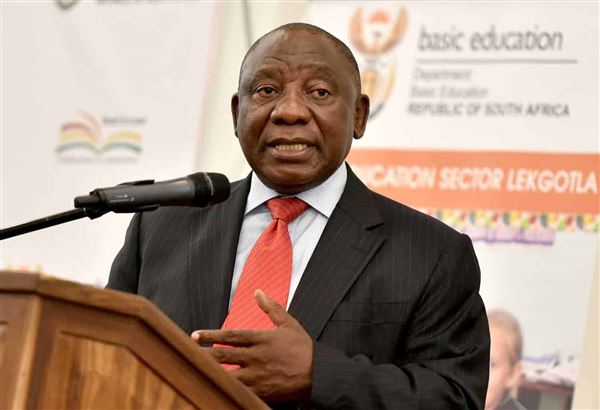 ‘Quite evident’ security cluster ministers will be removed

Despite coming under public pressure to reshuffle his Cabinet, President Cyril Ramaphosa would prefer avoiding being pushed into making a hasty announcement, according to political experts.

Asked by journalists on Thursday on when the country could expect a Cabinet reshuffle after Health Minister Dr Zweli Mkhize was last month placed on special leave, Ramaphosa said he needed “time and space”.

In placing Mkhize on special leave, Ramaphosa said he wanted to enable the minister to attend to allegations and the Special Investigating Unit (SIU) investigation concerning the irregular multi-million-rand contract awarded by the department of health to communications service provider Digital Vibes.

Ramaphosa has also come under public pressure to fire security cluster ministers for having bungled in dealing with the recent mayhem of violence and looting, which has brought down some businesses in Gauteng and KwaZulu-Natal.

On a visit to assess the vaccination rollout programme in Tembisa and in Midrand, Ramaphosa told the media he was still studying the SIU report into Mkhize.

“I have received the SIU report, but there is still finalisation of certain aspects.

“Allow me the time and space to look at that,” responded Ramaphosa.

Said independent analyst Dr Ralph Mathekga: “Pressure is mounting outside the ANC for a Cabinet reshuffle to take place

“While President Ramaphosa is facing an inevitable decision, this will take some political back and forth within the ANC to arrive at replacements.

“The ANC’s deployment committee has not yet closed shop.”

University of South Africa political science professor Dirk Kotze said there was a difference in approach on how former president Jacob Zuma and Ramaphosa planned dealing with a Cabinet reshuffle.

Said Kotze: “With former president Zuma, it would be a few hours before a Sunday evening announcement.

“President Ramaphosa has not done any Cabinet reshuffle so far and we don’t know how he is going to approach it. I don’t think he is going to do it hastily because he may not want to be seen to be pushed into it. As seen in the case of the late Jackson Mthembu, he will do it in his time – waiting until he is in a position of clarity.

“With respect to security cluster ministers, they have clearly been put on terms by him. Hopefully that will improve their performance from now onwards. It is quite evident that they will be removed in the long-term.

“What we currently have is public perception, but in the end, it is the president who makes a determination.

“There is nothing predictable, because we cannot use the Zuma presidency as a yardstick. It is also about a political strategy of the president.”

Institute for Global Dialogue political analyst Sanusha Naidu concurred: “The president is keeping his cards closer to his chest. He does not want to indicate what the reshuffle will entail or entertain questions that will put him in a difficult situation.

“I don’t know how much time he needs – whether the timing is now or whether he wants to implore people in his Cabinet. The challenge for him is that the longer he takes, the longer it impacts on him and his presidency.

“With regards to the security cluster, there is a problem of a lack of cohesiveness and consensus around issues – lack of being able to speak with one voice. The clumsiness of the situation when it comes to communication is very vital.

“Right now, the president needs to make a critical decision on that in terms of the cohesive and coherent approach, following what has transpired in KZN and Gauteng.