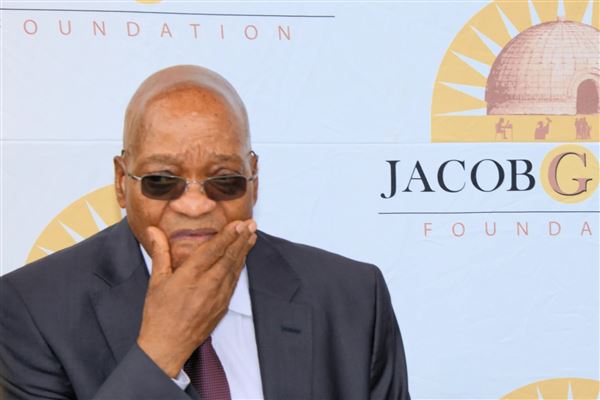 AfriForum joins Zuma case, says ‘everyone is equal before the law’

The office of the chief justice has announced that the case will be heard virtually by the Pietermaritzburg High Court on Tuesday.

Civil rights organisation AfriForum has ordered its legal team to join the rescission application by former president Jacob Zuma against his 15-month sentence for contempt of court.

Joining as a friend of the court, the lobby group said it would demonstrate that the apparent special treatment Zuma is receiving by the court is a violation of the principle that everyone is equal before the law.

Last week, the Constitutional Court(ConCourt) found Zuma in contempt of court for refusing to continue with his testimony at the Commission of Inquiry into Allegations of State Capture Commission.

It has now agreed to hear his application for a rescission of his sentence.

The office of the chief justice announced earlier on Monday that the case will be heard virtually by the Pietermaritzburg High Court on Tuesday.

According to AfriForum, Zuma’s application does not comply with rule 42 of the Uniform Court Rules, since his absence during his hearing was of his own doing.

“While the Constitutional Court’s initial ruling against Zuma was widely applauded as a victory for the principle of equality before the law, the latest developments have caused serious damage to the credibility of the judiciary,” said CEO Kallie Kriel.

Some people are more equal than others

The lobby group has also accused the police ministry and Minister Bheki Cele of having double  standards in how they handled the crowds in Nkandla.

This after Zuma’s supporters gathered in the area this past weekend to show their support, while some fired shots into the air.

AfriForum is not impressed there has not been any arrest yet.

“AfriForum is of the opinion that the public is well aware of these double standards, where restaurateurs are prosecuted when they try to make a living and law-abiding citizens are treated like hardened criminals when they forget to wear a face mask,” said the group.

This could lead to an uprising by citizens, says the group.

“South Africans have long been fed up with these far-reaching, illogical restrictions that are ruining people’s lives and now that it is clear that certain people do not have to worry about the restrictions, more and more people will start doing the same,” said Jacques Broodryk, AfriForum’s Manager of Campaigns.

“The fact that Zuma has also still not been arrested, but rather receives special treatment from the highest court in the country, once again emphasises that some people are more equal than others and I am afraid this will lead to widespread disregard for the law.”

Cele said on Monday that arrests would be made after the non-compliance with the Disaster Management Act, and defiance of the Covid-19 regulations.

He congratulated the South African Police Service (SAPS) for handling the matter well.

According to ministry spokesperson Lirandzu Themba on Monday, there were over 100 individuals in the crowd who were carrying dangerous weapons.

“Despite provocations, the officers maintained a position that avoided a situation that could have resulted in bloodshed.”