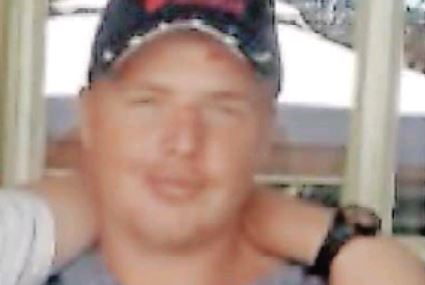 Another Esidimeni saga in the making?

THE JORDAAN family in Cullinan are reeling in shock after their mentally impaired son mysteriously disappeared from a health-care centre in Elandshoek, which falls under the Gauteng Department of Health.

Shane Jordaan, 30, was reported missing from the Kairos Centre on June 4. However, the news about his disappearance was only shared with his family five days later.

Speaking to The Star’s sister newspaper, the Pretoria News, yesterday, the family expressed concern about the whereabouts of their son amid allegations that patients at the centre were being neglected.

It has been alleged that the room occupied by Shane and other male patients was filthy, with unused medicine all over the floor, and blood and semen on the bedding.

The centre accommodates at least 125 patients and is run by an NGO on behalf of the Health Department.

It is licensed in terms of the Mental Health Care Act, 2002 as an adult psychiatry residential care facility for both females and males.

Pretoria News about her son’s disappearance, saying she was tired of telling the same story over and over again.

Louise said there was no update from the police except that they were still investigating her son’s disappearance.

On Wednesday, the community came together to embark on a thorough search for Shane in and around Cullinan.

Louise said: “You can go on Facebook and search for ‘Missing Shane Jordaan’ and see how people helped us on Wednesday to make a search in the area up until Cullinan, with dogs and helicopters supplied there to assist us in finding Shane.”

“My husband went to Mamelodi and tried to ask the taxi drivers, thinking that maybe someone picked him up or maybe some magogo (granny) is looking after him and she doesn’t have social media.”

The family also contacted hospitals in Bronkhorstspruit, Mamelodi, Ga-Rankuwa and Weskoppies, but they could not locate Shane.

Regarding the claims that the centre was in a poor condition, Louise said: “We dug up a lot of stuff in our investigation. At this stage I am not allowed to say anything to the media. The case is very sensitive.”

Centre manager Susan van Niekerk denied that the facility was filthy and that patients were neglected.

She said the family weren’t informed about Shane earlier because they couldn’t be contacted by phone.

“We tried to inform the family and they didn’t answer their phone, and we gave the police their contacts,” she said.

According to her, the centre has security personnel who work at night.

“The centre is not filthy. We get an audit from the municipality every month, which is satisfactory,” Van Niekerk said. They had also painted the facility.

Yesterday, the DA likened the situation at the centre to the Life Esidimeni tragedy, where 144 patients died due to negligence on the part of the staff of several non-profit organisations.

The DA’s MPL in Gauteng, Bronwynn Engelbrecht, said: “The disappearance of

Shane Jordaan immediately brings up memories of the Life Esidimeni tragedy, where 144 patients died due to the provincial Department of Health’s negligence."

Engelbrecht said the matter had already been brought to the attention of Gauteng Health MEC Nomathemba Mokgethi, who was asked to investigate the circumstances at the Kairos Centre, including the lack of security there.

The DA criticised living conditions at the centre and said that patients with special needs were being neglected.

There was no proper monitoring of whether patients were taking their medication, and rooms were left in a filthy state, the party said.

Although Jordaan’s mother didn’t want to talk about the police’s investigation, Engelbrecht said: “Jordaan’s mother was further informed by the police that the conditions of the room her son and other male patients shared was left filthy, with unused medicine all over the floor, and blood and semen on the bedding.”

Department spokesperson Kwara Kekana said they would look into the matter.

The SAPS in Cullinan said Shane has a mental illness and was a patient at the mental health facility in Cullinan.

“He has red short hair and was last seen wearing grey tracksuits before his disappearance on Friday (June 4) in the evening,” the police said.