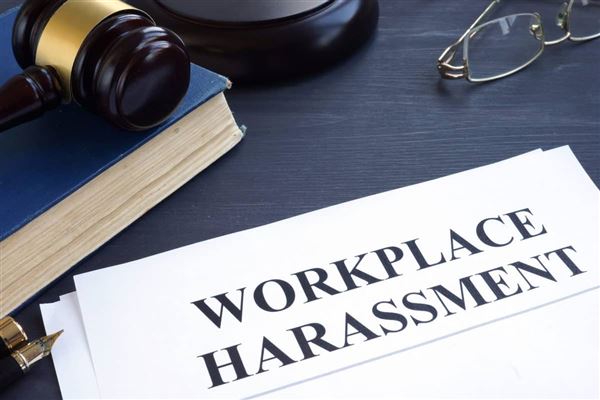 Dr Charles McGregor gets tongue lashing from the Constitutional Court and a reduced payout.

Western Cape doctor Charles McGregor who was fired for sexual harassment landed up with more than he bargained for when he tried to get the Constitutional Court (ConCourt) to reinstate him, but instead had his payout slashed by two thirds.

McGregor was fired from his job as the head of anesthesiology at George Hospital in December 2116, after an internal disciplinary inquiry found him guilty of having made unwarranted sexual advances towards an intern he was supervising. This included daring her to skinny dip during an outreach excursion and suggesting she have an affair with him.

He tried to appeal his dismissal internally but was unsuccessful and turned to the Public Health and Social Development Sectoral Bargaining Council.

The arbitrator ruled McGregor’s dismissal was both substantively and procedurally unfair because he had been treated differently to another employee facing similar charges and because certain evidence had been excluded during his disciplinary hearing.

Since the misconduct had still been proven though, the arbitrator opted not to reinstate McGregor. What it did was award him six months’ remuneration totalling just more than R924 000 as compensation for the “unfairness” of the dismissal.

Still not satisfied, McGregor then approached the Labour Court. He was unsuccessful there, the in the Labour Appeal Court and ultimately landed up in the Constitutional Court.

McGregor’s argument included that he had been falsely accused and mere “lip service” had been paid to his rights in the disciplinary process.

But the Constitutional Court wasn’t having any of it.

“[He] harps on about the credibility of the victim; the extent to which the courts a quo failed properly to deal with the evidence; and the extent to which he has not been given a fair and impartial hearing. Those issues were fully ventilated in various courts, and there are no prospects that this court would find in Dr Mcgregor’s favour. In other words, he has failed to establish that his case is deserving of this court’s intervention,” acting Deputy Chief Justice Sisi Khampepe, who penned the highest court’s unanimous ruling handed down yesterday, said.

She did, however, uphold a cross-appeal from the department aimed at reviewing the compensation McGregor received.

“Whilst it is true that compensation for unfair dismissal serves an important purpose, the appropriateness of  compensation must be understood within the context of the dismissal. This means that when the reason for the  dismissal is sexual harassment, this must be taken into account. This is because our Constitution not only provides for the right to fair labour practices, but maintains that our constitutional democracy is founded on the explicit  values of human dignity, integrity and the achievement of equality in a non-racial and non-sexist society under the rule of law,” the acting deputy chief justice said.

She said sexual harassment occurred at “the intersection of gender and power” and produced “a potent stench of subordination, disempowerment, and inequality that so seeps through the fabric of our society that it stains its core”.

“Eradicating the scourge of sexual harassment will be a Sisyphean task if its perpetrators are compensated lavishly for their misconduct,” Khampepe said.

She found the award originally meted out was “entirely too generous” and cut it down to two months’ remuneration.