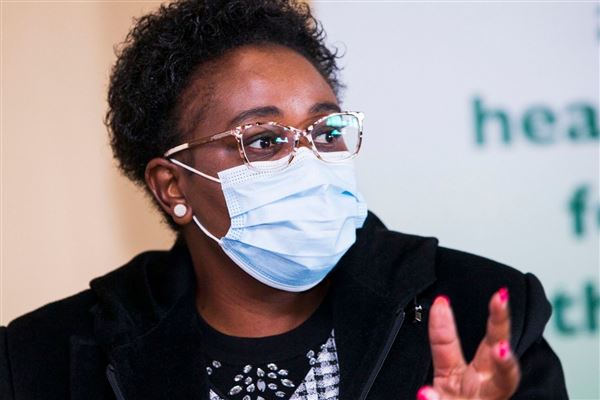 Acting Health Minister Mmamoloko Kubayi-Ngubane on Thursday appealed to South Africans to continue adhering to Covid-19 regulations in order to stem the tide of the third wave of the pandemic.

Appearing before parliament’s portfolio committee on health, Kubayi-Ngubane said she was concerned about large social gatherings across the country on Wednesday to commemorate Youth Day. She cited Gauteng province as an example, which is the epicentre of Covid infections in SA.

The minister said she was disappointed that people gathered in numbers despite the government placing the country on lockdown level 3 this week.

“When you look at last night’s report, Gauteng is our major concern. The fires are burning in Gauteng and what is concerning is what one observed yesterday. Many of us would have seen on social media and television that mass gatherings happened despite the fact that alert level 3 was called and regulated,” she said.

On Wednesday, South Africa recorded yet another spike in new Covid-19 cases with Gauteng accounting for the majority of infections at 7,859. Nationally, 13,246 Covid cases were identified, with 136 related deaths.

Kubayi-Ngubane said citizens seemed to forget how serious Covid-19 is and the many lives lost to the virus since March last year.

The EFF has been roundly criticised for hosting the event with some attendees not observing physical distancing and mask wearing.

Kubayi-Ngubane said the government was looking to law enforcement agencies to ensure Covid-19 regulations were enforced at all times.

“What we saw happening in Gauteng including by political parties, who I believe are acting irresponsibly. When we are leaders, part of the responsibility we have is to make sure that we protect the lives of those who support us.

“When we say we are in trouble in terms of numbers and when we say there is a need for us to move from a particular level to the other, I hope South Africans will stop these conspiracy theories. Understand that this is done from a point of scientific analysis, we are seeing the numbers, the projection and the modelling and we are therefore saying there is a need for interventions,” Kubayi-Ngubane said.

The government this week limited all gatherings to a maximum of 50 people indoors and 100 people outdoors, including political events.

Kubayi-Ngubane urged the public to continue wearing face masks, sanitising, washing hands and physical distancing in order to protect themselves from Covid-19.

READ NEXT: In quotes: Malema spares no one in his Youth Day address