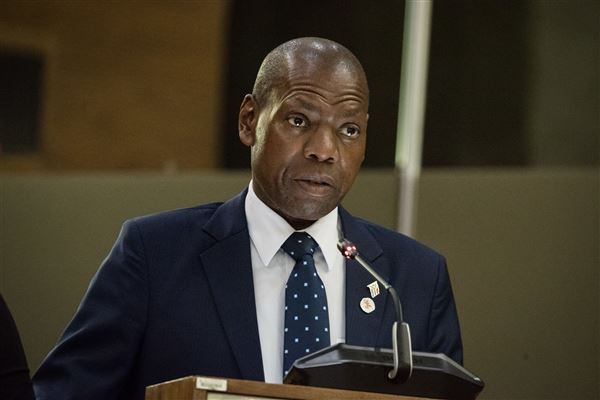 DA says it will lay criminal complaints against health minister and the department’s director-general on Thursday morning.

The Special Investigating Unit (SIU) says its investigations into the controversial R150 million contract awarded to Digital Vibes by the national Department of Health to Health Minister Dr Zweli Mkhize’s close associates are at a “critical stage”.

SIU head Andy Mothibi on Wednesday told Parliament’s standing committee on public accounts (Scopa) the unit was still gathering evidence and hoped to be done with investigations before the end of June.

“The investigation is still ongoing. We have determined the accountability levels of who was involved in the actual procurement process and those referrals will be made to the department. We will also look at the various allegations  made in respect of other officials in the department including the executive authority in the department and a service provider, Digital Vibes,” he said.

Mothibi was briefing the committee on the SIU’s investigations into the procurement of personal protective equipment (PPE) by state institutions.

He confirmed the contract was irregular as admitted to by Mkhize at a media briefing last week.

Digital Vibes, a little know communication company ran by the minister’s former aides, was awarded the contract for communication that focused on the department’s Covid-19 campaigns.

On Wednesday, the Daily Maverick‘s investigative unit, Scorpio, revealed that Digital Vibes purchased a second-hand Toyota Land Cruiser for Mkhize’s son around the same time the health department transferred about R50 million to the company for its services.

The minister has denied the allegations levelled against him, saying he did not benefit from the Digital Vibes contract.

The DA said it would lay criminal complaints on Thursday morning against the minister and the department’s director-general, Dr Sandile Buthelezi, at the Cape Town police station.

Mothibi told MPs the SIU was also investigating the latest allegations involving the Digital Vibes contract and they would soon call witnesses to testify under oath.

“Chair, at this stage, I’m really constrained to go into detail. We are investigating all those allegations and the investigations are progressing well. The minister has indicated his cooperation and the investigating team at the moment is still following some of the legal provisions in the SIU Act where they would call various witnesses to be interviewed under oath,” he said.

Mothibi added that the SIU wanted to conclude its investigations into PPE corruption by August this year, while the Digital Vibes probe should be done before the end of this month.

“But of course we continue to get information that comes from whistle-blowers and through other means. The investigating team is duty-bound to look into those allegations and make an appropriate pronouncement.”