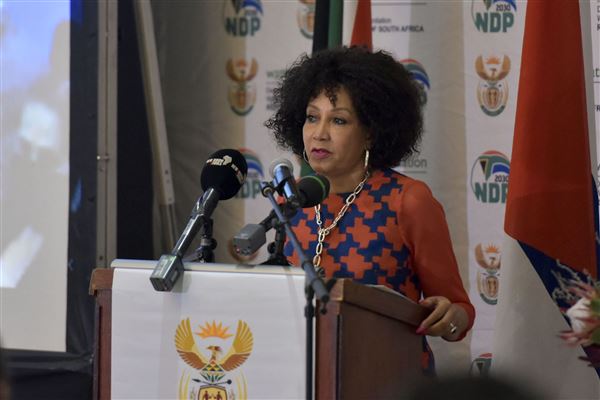 Sisulu finally explains why Cuban engineers are in SA, but court battle not over

The Minister of Human Settlements, Water and Sanitation Lindiwe Sisulu has provided Solidarity with comprehensive information on the Cubans who are to come and perform engineering work in South Africa, the organisation said yesterday.

According to Solidarity chief executive Dr Dirk Hermann, the fact that this information has been provided is a victory in the legal battle against the importation of Cuban engineers.

“It is a shame that the minister deliberately misled the public in a statement by saying the case had been withdrawn,” he said in a statement yesterday.

“There is no question of that happening. The urgent case has merely been removed from the court roll after an agreement between the parties.”

Sisulu tweeted a statement on Friday night saying the Cuban engineers were here as the result of an “international agreement” between Cuba and SA “which constitutes the development and implementation of national policy by the South African government”.

She said the department was looking forward to “congenial interaction” to find common ground.

“The fact the information has now been disclosed means that Solidarity’s urgent application need not go ahead on 1 June,” Hermann said.

The parties agreed the urgent case could be removed from the court roll for now and costs would be reserved until the main case is heard.

“We received the information sooner than expected. With this information at our disposal, we can now proceed at full force with the review application so that the minister’s decision to import the
Cubans can be declared invalid,” said Hermann.

He said Solidarity will tomorrow disclose new information on the importation of the Cubans and on the bilateral agreement with the nation.

“This will include whether they are in fact employees, the actual amounts involved, whether they comply with the SA registration requirements and whether they will perform engineering work in SA.”